A Review: All for Nothing, Walter Kempowski

All for Nothing is the final piece of work by Walter Kempowski, the German novelist and historian, best known for his monumental and overwhelming collection of documents of ordinary life in Germany during WWII, Das Echolo, The Echoes. All for Nothing is monumental and overwhelming too, but in an emotional sense – an almost unbearably affecting tale of a middle class Prussian family caught up in the invasion of the Russian Army in January 1945. Not that Kempowski’s masterpiece is in any way sentimental or emotionally manipulative; quite the reverse. The opening sections of the book are written with a deadpan absurdism which seems to owe more to Beckett or – to choose a more Germanic example – Gert Hoffman, that great poker faced comedian of non-events. Despite alarming reports of the advance of the Soviet troops life goes on as before, as regulated and monotonous as a cuckoo clock. The boy, Peter, plays with his microscope, Frau von Globig plays melancholy music in her room, ‘Auntie’ grumbles over the food. From time to time strangers cross the threshold, bringing terrifying news of events in the East, but nothing can be allowed to disturb the equilibrium, whose repetition becomes more dreamlike and uncanny the more the external world intrudes. Like a wind-up toy, the inhabitants of the old aristocratic estate go through the same motions – until the mother makes a wildly out of character decision to shelter a Jewish ‘criminal’ for the night, and the whole House of Cards collapses.

It’s difficult to quite say why Kempowski’s work is so devastating. The tone is even, restrained, subdued, the characters neither unsympathetic nor in any way admirable, the historical details subtle and beady eyed. And yet I’ve never read a more powerful, poetic invocation of impending doom, the final moment of hush before the true horror begins. When events do happen, they happen swiftly and arbitrarily: few people act selflessly, and those who do don’t always come well. The scenes of displaced refugees echo Nemirovsky and Suite Francaise, but also possess an eerie contemporary relevance as well, the transformation of a country’s citizenry into a great grey wave of loss. Who can choose between them? Good and bad, Nazi and non, rich and poor, the disaster overwhelms everyone, like death. This is one of the great German novels written by a very specific generation, still struggling with guilt, horror and the end. It’s publication in Germany a year before Kempowski’s death was a major event: from this side of the continent, it’s hard to imagine a more harrowing, humane and clear-sighted piece of work.

Of course this notion of ‘the other side’ has other, more supernatural connotations as well. For Freud all dreams about journeys are really dreams about death, and the journey west, in particular, as always been seen as a metaphor for mortality. Here, for example, is the great Central European writer Danilo Kis discussing his strange vision of Ireland as 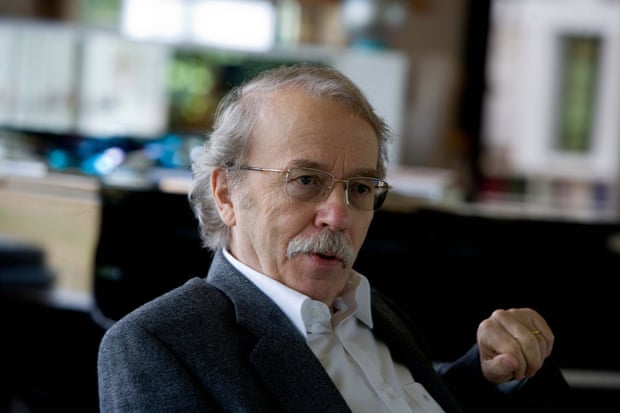